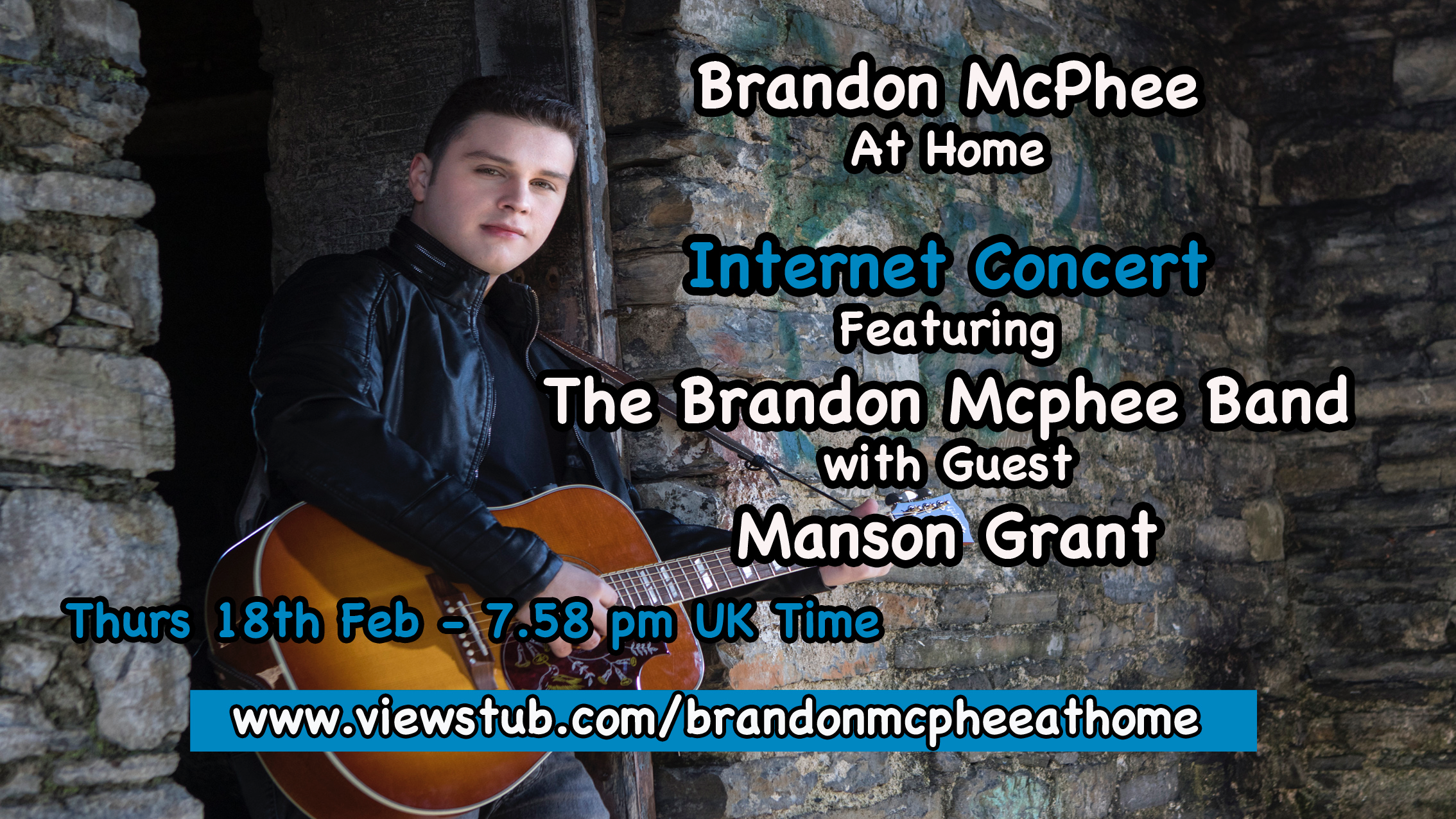 Brandon Mcphee In Concert At Home

A highly entertaining variety of songs and tunes

Brandon is a Scottish Accordion Champion and Award Winning Singer based in Wick, Caithness who has been performing since the age of Ten and growing quite a name in the music scene both at home and abroad.

This show is approximately over an Hour of Scottish, Country, 60s and more.

A Show Not To Be Missed

Starting at $8 Get Tickets