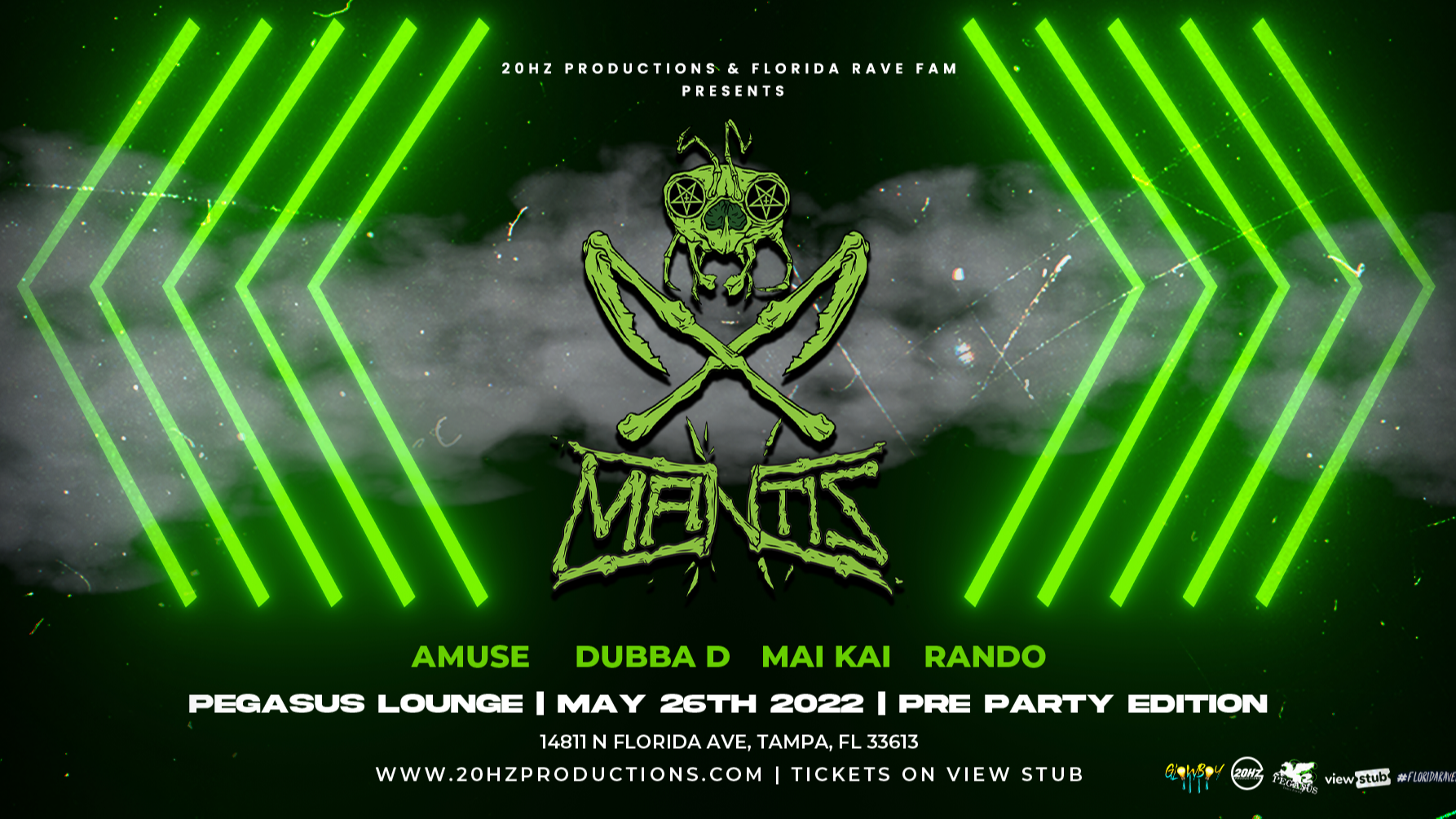 Join Mantis at the Pegasus Lounge in Tampa FL for the best Pre-Party of the Memorial Day Week!

Mantis was formed in early 2011 to test the boundaries of metal-influenced production, and plunge the result into a wash of haunting atmospheres. Mantis wants to provide “music to make you feel like you’re somewhere else, and you’ve never been more stoked to be there.”

With that target in sight, 2011 was a smashing first year; the momentum began in Atlanta, and overflowed with releases on labels such as Play Me, Heavy Artillery, BroTown Records, & Abducted Records. A standard was set with 2011's "All Worlds", their first EP, breaking the top 10 on Beatport's Dubstep releases, and held with 2012's "Futures" scoring #5 on Beatport's overall chart. The support of tastemakers such as Liquid Stranger, Downlink, Figure, Cyberoptics, Diesel, Genetix, Persist, & Sluggo, points to an accomplishment of musical influence on an international scale, and the potential for much more.